Two and a half years.

That’s how long Ashley Cook and husband Kevin Simmons of Tacoma went without sleeping through the night.

Their daughter Kaley, now 3, came out “like wild fire,” according to Ashley. No matter what they tried, it seemed they could not get her to sleep through the night. Every single night was a new challenge. When Kaley did fall asleep, she was up again within a few hours.

Getting a baby on a sleep schedule is tough for any new parent, but Ashley and Kevin were concerned when nothing seemed to help. They tried all the recommended strategies to get a young child to sleep. “She would sleep an hour or two then wake up and fuss!” said Ashley.

“I considered seeing a specialist, but I thought we could figure it out for ourselves,” recalled Ashley. “I remember Googling every sleep remedy, but nothing was working.”

A pattern of struggles at bedtime and through the night was established, and Ashley knew it was time to ask for help.

“By that two year mark I just couldn’t do it anymore,” she recalled. “I couldn’t live like that. We all need sleep.”

Realizing that the standard sleep recommendations just weren’t working, Ashley called Pediatrics Northwest to schedule an appointment with pediatric pulmonologist and sleep medicine specialist Timothy Murphy, MD, FAAP. “They got us in within the week, which was great!” she recalled. 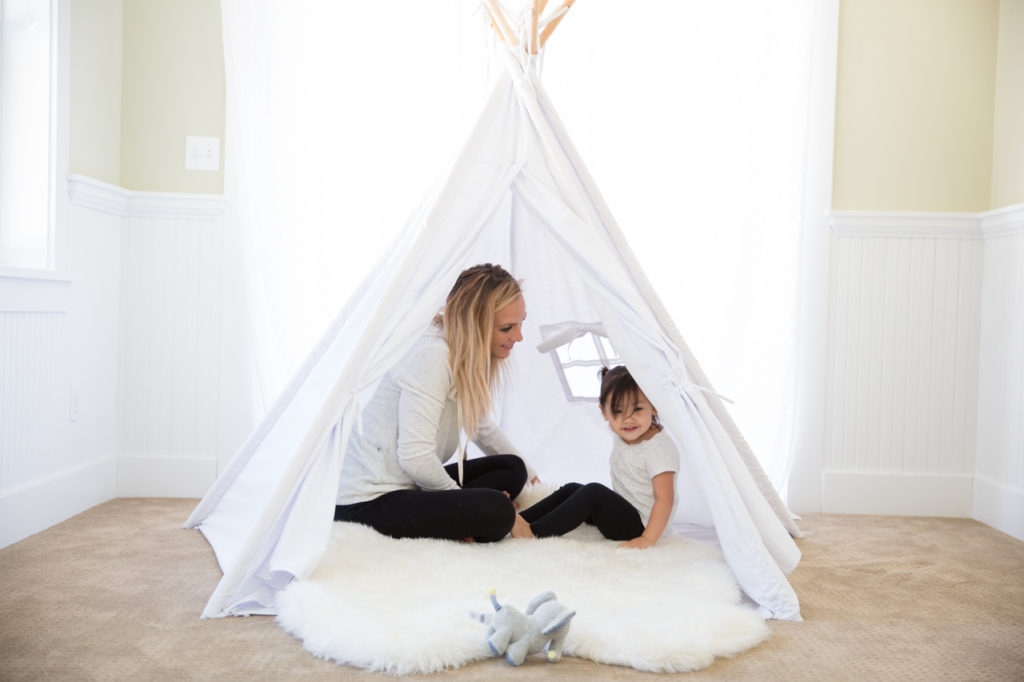 “Getting sleep is a way to recharge ourselves,” said Ashely. “Now Kaley plays with friends, comes out of her shell more and is open to new activities and experiences. She loves animals – we have 10 chickens, 3 dogs, 2 cats and a snail.”

Meeting Dr. Murphy was an eye-opening experience for Ashley. “He gave us a new perspective,” she said.

Dr. Murphy says it was clear Ashley was stressed and sleep deprived. In sleep clinic he was able to observe Kaley’s behavior and gather a more detailed history. “I thought about restless leg syndrome, which is often due to a low ferritin level, and we discussed her bedtime routine to see what might need to be altered,” he said. 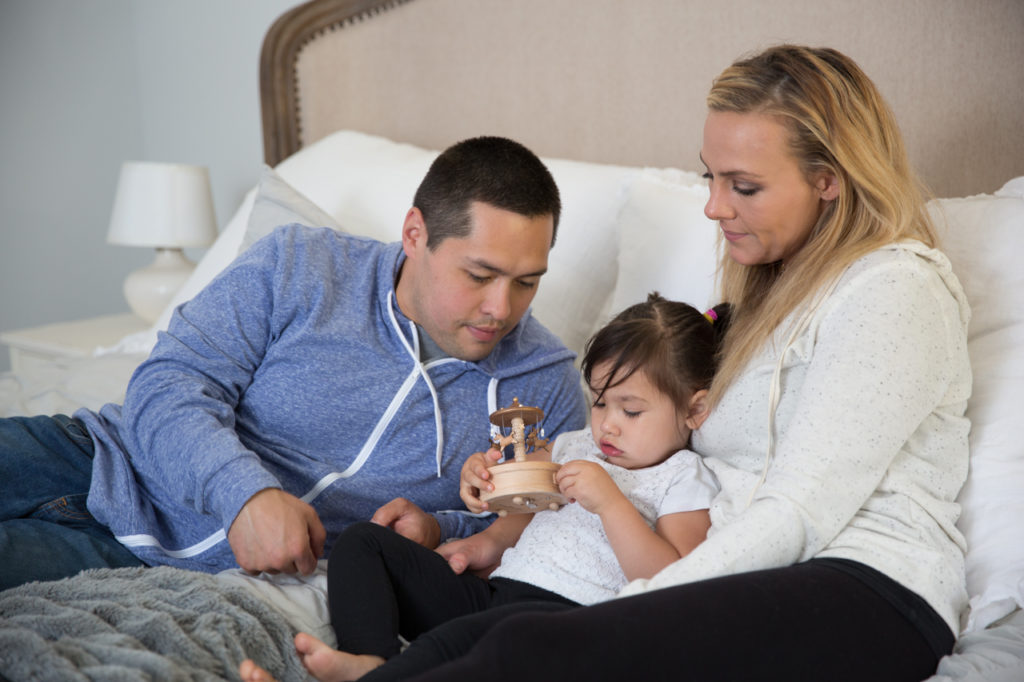 After the visit, Dr. Murphy addressed these two issues. He treated Kaley’s restless leg syndrome with iron supplements and laid out a behavioral plan for the family to follow to change the bedtime dynamic.

“I asked them to create a ritual that works, and to stick with it every night,” he said. “I also emphasized that they would not get her to sleep through the night until they taught her to fall asleep alone. Falling asleep is a learned skill, and if you don’t learn to fall asleep alone, you won’t be able to fall back asleep alone. So, the key is bedtime.”

Kevin and Ashley say they felt relieved to finally have the tools to correct Kaley’s sleep pattern.

“I knew he was right and the plan he came up with made sense,” said Ashley. “We never felt rushed in the appointment. He took his time to make sure our questions were answered, and that we understood clearly what we needed to do.” 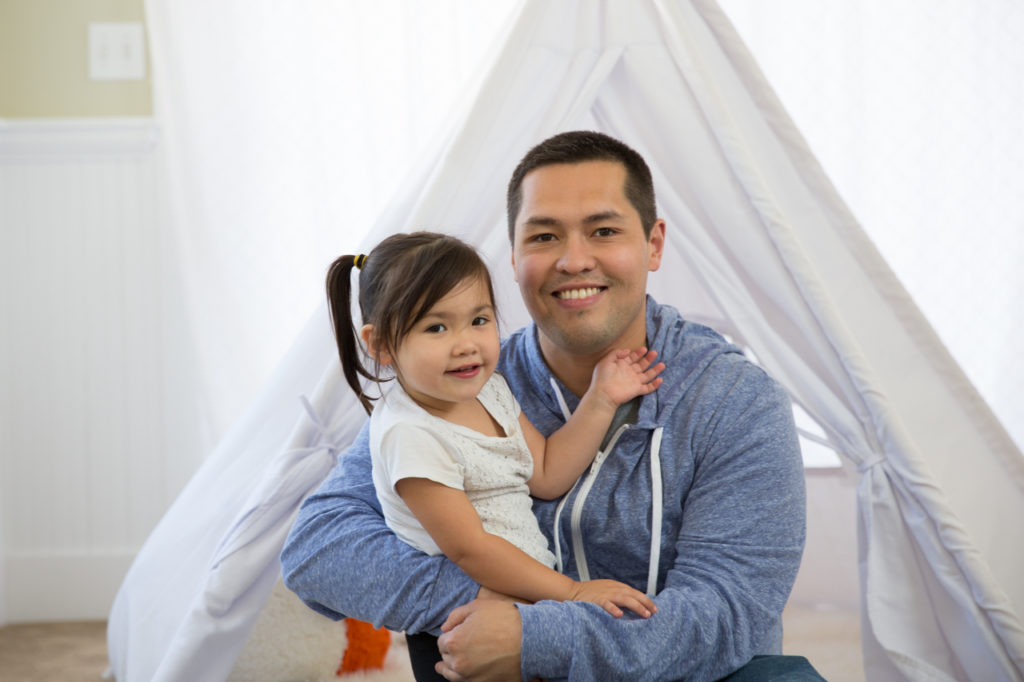 “After she started sleeping through the night, Kaley began to talk in full sentences and is happier during the day,” said Ashley. “She also grew physically and cognitively. She was able to discuss verbally what she needs and doesn’t get worked up as easily.”

Ashley and Kevin have seen huge improvements in their quality of life since following Dr. Murphy’s plan.

“Kaley improved immediately,” said Ashley. “Within a week she was sleeping through the night.”

“Kaley has developed physically and mentally,” said Ashley. “She is advancing cognitively and went from the 15th to the 45th percentile on the growth chart. For all of us, the mental clarity is so much better.” 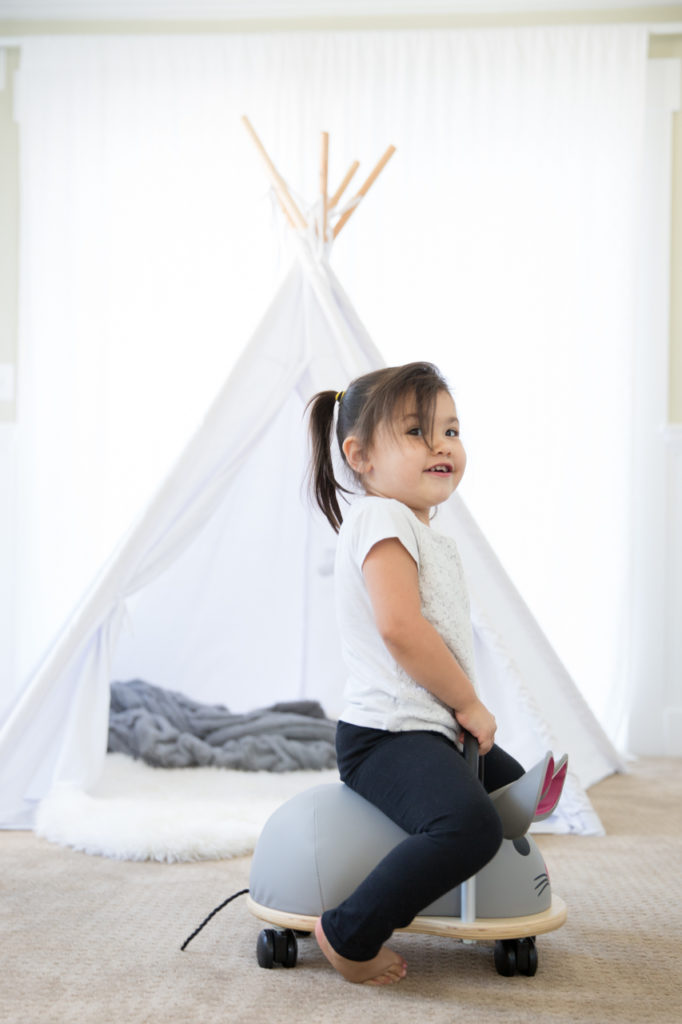 “Kaley is determined and adventurous – one of those spirited children,” said Ashley.

“What I really like about Dr. Murphy is that he is straight forward and honest with me,” said Ashley. “He gave me something tangible and said, ‘this is what we need to do, and this is how we are going to get there.’ He spent so much time with us.”

The parents say it’s not always easy, but it’s important to stick to the routine. “We have to stay consistent,” said Ashley. “Dr. Murphy gives you the tools, but it’s your responsibility to use the information he gives you.”

For parents who have concerns about their child’s sleep behavior, Dr. Murphy recommends a talk with their pediatrician, and taking the BEARS sleep assessment, to help determine if their child should see a specialist.

Right after a baby is born, parents hear from the nurse, “place your baby on her or his back to…
Learn More
May 5, 2022

People with insomnia have difficulty falling asleep or staying asleep, despite the opportunity to do so. It is quite common…
Learn More