A Closer Look at Measles 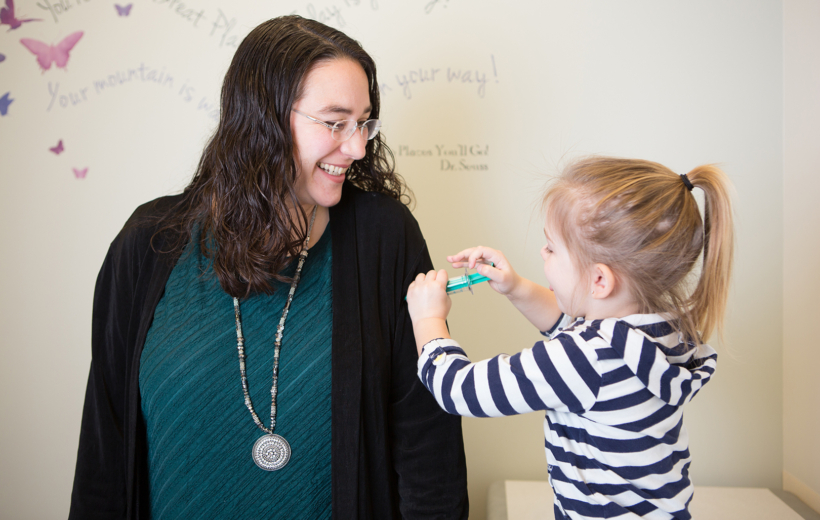 Vaccines have literally transformed the landscape of medicine over the course of the 20th century. Before vaccines, parents in the United States could expect that every year measles would infect about 4 million children and kill about 500. Globally, measles would kill 2.5 million people. Vaccines have reduced and, in some cases, eliminated many diseases that killed or severely disabled people just a few generations before.

For most Americans today, vaccines are a routine part of healthcare. And yet, not everyone understands the importance of vaccines.

Measles in the U.S.

Measles was declared eliminated from the U.S. in 2000; however, over the past several years, increasing numbers of measles cases have been reported. But in 2014, more than 600 cases of measles were reported, the largest outbreak in about 20 years.

The reason: some parents were choosing not to have their children vaccinated.

Measles is a disease that is caused by a virus. People with measles may have some or all of the following:

How does measles spread?

When an infected person coughs or sneezes, measles viruses are spread in the small respiratory droplets. If a susceptible person breathes in these droplets or touches an infected surface and then puts his hand in his mouth or nose, he is likely to get measles.

How contagious is measles?

Measles is one of the most contagious diseases. In fact, if 100 susceptible people are in a room with someone who is infected, 90 of them are likely to become ill with measles. Further, if someone who has not had measles enters an elevator or other small space up to two hours after an infected person has left, he or she can still “catch” measles.

Are there complications from measles infections?

About 3 of every 10 people who get measles will develop complications such as:

Pregnant women who are infected with measles can miscarry, deliver early, or have a low-birth-weight baby. People who are immune compromised are at risk of having prolonged and severe illness. As you can see, measles is a serious viral infection with major impacts and unfavorable outcomes.

Prevention through the MMR vaccine makes sense for your child and for our community as a whole.

It’s Time to Get Your Flu Shot

What is influenza? Influenza is a highly contagious respiratory illness that is spread through contact with microscopic water particles in…
Learn More
May 18, 2022

Washington State immunization requirements for the 2022-2023 school year have recently changed. Check to make sure that your child is…
Learn More