Medical Use of Cannabis and CBD in Children

Many states have now legalized medical use of marijuana products, and several, including Washington, have legalized recreational use as well. This has led to more questions about the role any of these products may have for pediatric patients. Little research exists on the use of these products in children. Despite legalization at the state level, the federal government still classifies marijuana as a Schedule I drug, meaning there is “no current accepted medical use.” Research on Schedule I drugs, is greatly limited.

Compounds and Their Effects

THC (tetrahydrocannabinol) is the active compound in marijuana plants that provides the psychoactive effects. Low levels of it can also be found in hemp.

CBD (cannabidiol) is found in marijuana or hemp. It does not have psychoactive effects, other than sedation. Its use has been touted for many different conditions, and many forms of the product are available without a prescription. CBD derived from marijuana plants is illegal at the federal level. CBD derived from hemp is legal at the federal level and in most states.

A few drugs containing THC or close derivatives are FDA approved for limited indications, such as nausea associated with chemotherapy or anorexia in AIDS patients. These must be prescribed by a physician. None are FDA approved for patients under the age of 18. Products containing THC are not legal for children in any state, so there is essentially no research on their use.

One new drug called Epidiolex has been developed that contains purified CBD. It has been found to be effective in treating seizures in two rare conditions: Lennox-Gastaut syndrome and Dravet syndrome.

Other than Epidiolex, no FDA approved or regulated forms of CBD exist. It is available without prescription, in a variety of forms such as oils, gummies and patches. The purity and the amount of CBD in these products is highly variable. Some products will contain small amounts of THC, which is not recommended for children. CBD can have adverse effects. It interferes with the metabolism of a number of prescription medications. The clinical trials of the drug Epidiolex showed that CBD can be toxic to the liver in some patients.

CBD products are being used in children by their parents for a variety of reasons but there are not good studies to support this. There is some evidence that CBD is helpful for anxiety in adults, but this has not been studied in children. One study suggested CBD could help reduce symptoms in children with more severe forms of autism, but the study did not include a control group. More research needs to be done before this can be recommended.

The American Academy of Pediatrics does not support the use of medical marijuana products outside the regulatory process of the FDA. They do support changing the DEA classification of marijuana to Schedule II, which would make it easier to do more research. They do not recommend any drug ever be administered through smoking.

Both the American Academy of Pediatrics and the American College of Obstetricians and Gynecologists do not recommend the use of marijuana products in pregnancy. There is no amount of marijuana use in pregnancy known to be safe. Use in pregnancy has been associated with fetal growth restriction, preterm birth, higher risk of stillbirth and miscarriage, and a higher rate of admission to neonatal intensive care units.

The bottom line is that there is very little reliable scientific evidence available at this time to support the use of cannabis or CBD products in pediatric patients. We encourage you to discuss any questions about CBD use with your child’s provider.

As you spend more time outdoors during the summer months, remember to show your skin some love with the proper…
Learn More 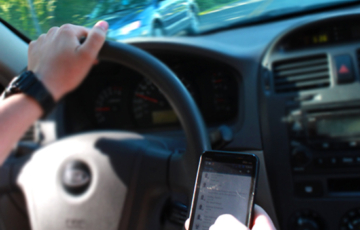